It has been told in the tweet that the Madhya Pradesh government will soon start the recruitment process for vacant posts in Planet Revenue, Jail, and Education Departments, whose instructions have been given by the Chief Minister to the concerned department.

According to the information received, approximate recruitment of about 20000 teachers and 10,000 posts of other departments in Madhya Pradesh is to be done on about 30,000 posts. 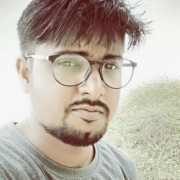 NTA NEET 2020 Answer Key to be Out Soon at ntanet.nic.in